So I decided that each week I would try to put the playlists Ive been listening too, since my music taste is constantly changing haha. For this week:

We Are Never Ever Getting Back Together - Taylor Swift


So that's it for My Playlist of the Week! I hope you enjoy and love all the songs as much as I do!!!
Posted by Unknown at 11:26 AM No comments:

Email ThisBlogThis!Share to TwitterShare to FacebookShare to Pinterest
Labels: Gym Class Heroes, Heart Skips A Beat, iPod, music, my steelow, my style, playlist, singers, Taylor Swift, The Fighter, We Are Never Ever Getting Back Together, whattup

{My 2¢} Coping with crappy people

My mom asked me... "how would you react in a bad situation if you knew that your future self would be "happy" it happened ... I was like WHAT?! <--- (insert confused face there)  She said "yea, {lol} we go through lil crappy things now so when bigger crappy things happen we know how to deal"  -- So the question is ... Would you still get all worked up and upset over it?! or would you look at it for what it is... a life lesson and move on"

This scenario ^ above is what I've been dealing with for the last few weeks... frienemies, crappy friends, boys who you cant figure out, feeling like a second choice, and most importantly having someone take your feelings on a joy ride just to crash and burn them.  Ive dealt with more crap in this last month than I have in a year. And to tell you the truth ... You SURVIVE ! lol The fact is that people will disappoint you -- all you have to do is try and not build up expectations of them cuz they can let you down and never ever ever put your happiness in someone else's hands. 2 very hard things to do but very important that you try so that when someone does let you down you wont be that heart broken over it!

{Style} i heart my Converse

OMG! iHeart my converse sneakers. When I don't know what shoes to wear ... I wear my converse. It doesn't matter... jeans, shorts, skirts or dress :) Converse... How cute are they?! 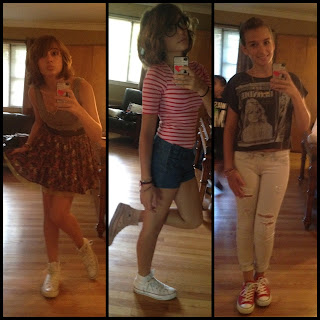 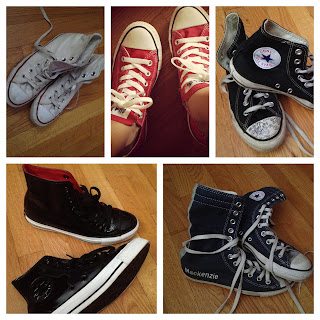 I know!  Its been about a week since my last post but Ive been a little busy lol . I finally met with Caryn :) the film director for the movie The Sisterhood of Night and Kana the performance contest winner. 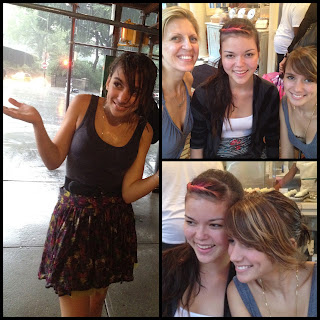 Your probably wondering what is the relevance?! lol Well a few months back I entered a singer-songwriter contest for the movie's Teen Art Contest and I won! Yay;)  So we get caught in some serious torrential rain in NYC -- Soak and wet... we headed to Magnolia Bakery. Yum!  What an awesome experience.  Caryn, is so down to earth and truly a cool person!  We talked about the screenplay and their ideas for the "big screen", how she got into film, what got me into signing and Kana into performing.  Its so great that they plan to involve the contest winners in movie process, especially for me since music & acting are my loves <3 Can't wait!

So if your wondering... what now?!  Main goal is to cast the 4 lead girl roles, then the rest of the cast. Filming might begin in October if all goes as planned ;) and  you'll have to stay tuned for more ...
Posted by Unknown at 9:16 AM No comments:

{Music} on my playlist

Here are a few songs I have on replay these days :)

2. All of You by The Cataracs ft. Waka Flocka


3. Oh if I catch you by Michel Telo ft. Pitbull

Like, seriously! First off, I want to say we see right through you, at least I do.  Under all that mean is an insecure little nerd picking on the weaker men to make this: 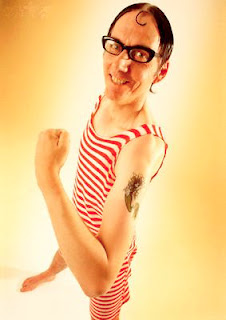 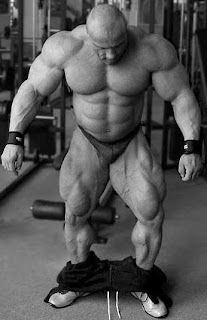 It's pathetic really... and I realized that mean people only have as much power as we give them. Mean Girls (the movie) is a prime example of this theory. The mean populars were so insecure about themselves they needed to talk complete crap about people to feel better... hence the all famous Burn Book .  It was once rumored someone listed me in a burn book lol, can you imagine! I was like "WTH, seriously... leave it for the movies."   What they don't realize is you are living your life totally unfazed by them while they sit there and obsess over other people and the idea of them as "better" than you.  Its really kind of sad.  Truth is if we spend more time thinking about the life we have and a little less about what others have... Everyone would be a little happier.  The day will come and we'll all move on... out of middle school and into college. What will mean people do next? Because all they'll be to us is another memory. The memory of a guy or girl who just didn't feel good about who they are.

So the question is... why do we give them that power?

Don't get me wrong, Ive had my share of mean girl drama. Who hasn't?! And in the end, I've learned that you have to stand up for yourself... giving in to the mean girl, so that you won't be a target is BS cause its only a matter of time with them.  So I say stand up, confront the truth, let go of the past, be who you are and move on.

As a side note: This post came about when talking to my mom about a "mean boy" bigger and older who was picking on my brother ... I was like seriously -- You're a loser!
Posted by Unknown at 12:43 PM No comments:

Lets face it... we all have it! One Direction, The Wanted, Justin Bieber  (canadian!)... idk what it is  about these boys that make us american girls get all 'goo goo ga ga' but i have a new hottie to add to the list. Say Hej to Danish singer Christopher Nessen <3_<3 Not only is he an AMAZING singer, he is just so FREAKIN' CUTE.

Hi guys... I'm Mackenzie 13 ;) love all things fashion, music & friends. This blog is my take on the average life of a teenager... ME! Thanks for stopping by :D
You can check out my Twitter @MackenzieLoren &
Youtube at Mackenzie Loren Music